NOTICE TO THE MARKET

São Paulo, january 21, 2022.CCR S.A. (“Company”) (B3: CCRO3; Bloomberg: CCRO3 BZ; Reuters: CCRO3.SA) informs, pursuant to the Material Fact disclosed by the Company on October 5, 2021, that on the present date, its subsidiary Concessionaria do Aeroporto da Pampulha S.A. and the State of Minas Gerais, through the State Department of Infrastructure and Mobility – SEINFRA, entered into Concession Agreement 001/2022, whose purpose is the concession of public services for the operation, expansion and maintenance of the Carlos Drummond de Andrade Airport (SBBH) – Pampulha Airport, for a concession term of thirty (30) years.

The signing of this Concession Agreement represents the completion of yet another important stage in CCR’s Group strategic planning, which aims at its qualified growth, capital discipline, adding value to shareholders and contributing to the socioeconomic and environmental development of the regions where operate.

\ Object of the Concession

Pampulha Airport, located in the north side of the city of Belo Horizonte, Minas Gerais state, is an important asset as it is 8.3 kilometers away from the capital city’s downtown between the Cristiano Machado and Dom Pedro I avenues, which are major accesses to the city and other localities within the Metropolitan Region of Belo Horizonte, so as to favor strategies for generating ancillary revenues. The airport is also close to the Pampulha Lake (Lagoa da Pampulha), a neighborhood boasting relevant architecture and touristic tradition. 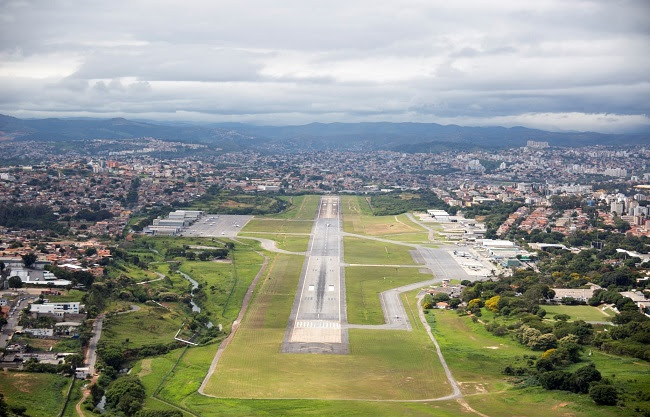 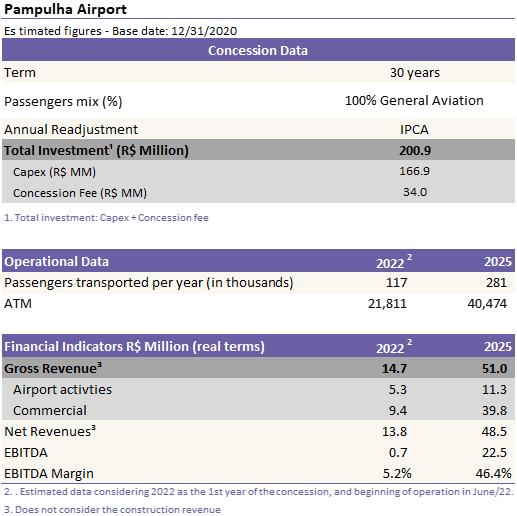 About Grupo CCR: founded in 1999, Grupo CCR is one of Latin America’s largest urban mobility infrastructure players. It started operating in the highway concessions segment and later diversified its portfolio. In 2018, Grupo CCR transformed its four core businesses into divisions composed of the following business units: CCR Lam Vias, CCR Infra SP, CCR Aeroportos, and CCR Mobilidade. The divisions are responsible for managing the Company’s current businesses and developing and analyzing new opportunities in the primary and secondary markets, both in Brazil and abroad. Thanks to its pioneering spirit, it was the first group in the infrastructure services industry to join the Novo Mercado listing segment of B3 (former BM&FBovespa). Grupo CCR currently has more than 17,000 employees and is responsible for the management and maintenance of 3,698 kilometers of highways; it also manages airports and passenger transportation services in subways, VLT, and barges, transporting approximately 2 million passengers per day. With the start of operations of Lines 8 and 9, this figure may reach 3 million passengers. In the airport segment, after being awarded the contracts of the Central and South Blocks, granted by ANAC, the annual number of passengers transported may exceed the current 23 million, including Pampulha Airport/BH. The Company is recognized in the domestic and international markets for adopting the highest standards of corporate governance as the basis for its operation, which are listed in the Integrity and Compliance Program. For further information, visit grupoccr.com.br.

About CCR: CCR is the holding company of Grupo CCR listed on the B3 index, the Brazilian Stock Exchange. It has more than 20 years of history and is recognized in the domestic and international markets, mainly for its strict governance and compliance criteria. 55.23% of its shares, all of which common voting shares, are traded on the Novo Mercado listing segment. In addition to B3, the Company’s shares are also listed in ISE (Corporate Sustainability Index), ICO2 (Carbon Efficient Index), IGC (Special Corporate Governance Stock Index), IBrX-100 (Brazil Index 100), and MSCI Latin America.