Notice to the Market – Release of Airport Concessions – South Block

NOTICE TO THE MARKET

São Paulo, October 20, 2021. CCR S.A. (“Company”) (B3: CCRO3; Bloomberg: CCRO3 BZ; Reuters: CCRO3.SA) communicates to its shareholders and the market in general that, following up on the Material Fact released by the Company on April 7, 2021, its subsidiary Concessionária do Bloco Sul S.A. and the National Civil Aviation Agency, with the intervention of the Brazilian Company of Airport Infrastructure (”Infraero”) signed, on this date, Concession Agreement 002/ANAC/2021-Sul , whose object is to grant public services for the expansion, maintenance and operation of airport infrastructure for the following airports: Curitiba (PR), in São José dos Pinhais, Foz do Iguaçu (PR), Londrina (PR), Bacacheri (PR), Navegantes (SC), Joinville (SC), Pelotas (RS), Uruguaiana (RS) and Bagé (RS). The concession term is 30 (thirty) years.

The signing of this CONCESSION AGREEMENT represents the completion of yet another important stage in CCR’s strategic planning, which aims at its qualified growth, adding value to shareholders and contributing to the socioeconomic and environmental development of Brazil.

\ Object of the Concession

CCR won the South and Central blocks of the 6th round of Airport Concessions, totaling 15 assetes, with a total of approximately 19.9 million passengers in 2019, and 8.3 million in 2020, according to Infraero. 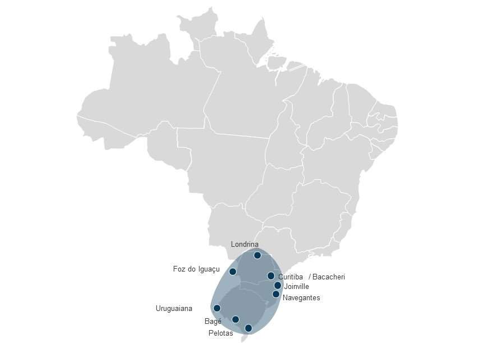 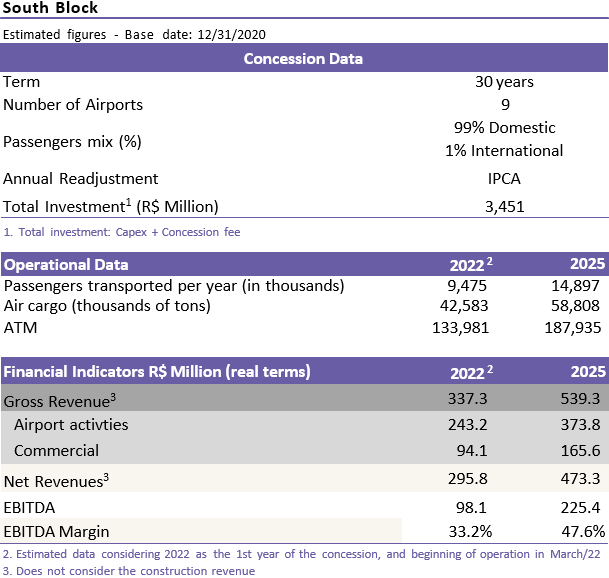 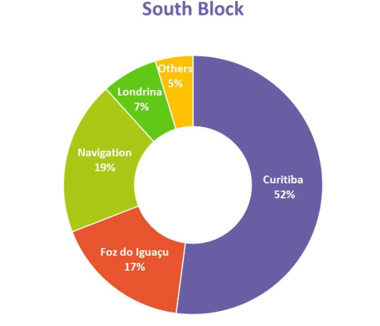 About Grupo CCR: founded in 1999, Grupo CCR is one of Latin America’s largest players in infrastructure services for human mobility. Its trajectory started in the highway concessions segment with further diversification of the portfolio. In 2018, Grupo CCR transformed its four core businesses into divisions composed of the following business units: CCR Lam Vias, CCR Infra SP, CCR Aeroportos, and CCR Mobilidade. The divisions are responsible for managing Grupo CCR’s current businesses and developing and analyzing new opportunities in the primary and secondary markets, both in Brazil and abroad. Thanks to its pioneering spirit, it was the first group in the infrastructure services industry to join the Novo Mercado listing segment of B3 (former BM&FBovespa). Grupo CCR currently has more than 17,000 employees and is responsible for the management and maintenance of 3,955 kilometers of highways; it also manages airports and passenger transportation services in subways, VLT, and barges, transporting roughly 2 million passengers per day. With the start of operations of Lines 8 and 9, granted by CPTM, this figure may reach 3 million passengers. In the airport segment, with the winning of the auction of the Central and South blocks, granted by ANAC, the number of passengers transported could exceed 23 million annually, considering the Pampulha/BH airport. The Company is recognized in the domestic and international markets for adopting the highest standards of corporate governance as the basis for its operation, which are listed in the Integrity and Compliance Program. For further information: grupoccr.com.br

About CCR: CCR is the holding company of Grupo CCR listed on the B3 index, the Brazilian Stock Exchange. It has more than 20 years of history, and is renowned in the domestic and international markets, mainly for its strict governance and compliance criteria. 55.23% of its shares, all of which common voting shares, are traded on the Novo Mercado. In addition to B3, the Company’s shares are also listed in ISE (Corporate Sustainability Index), ICO2 (Carbon Efficient Index), IGC (Special Corporate Governance Stock Index), IBrX-100 (Brazil Index 100), and MSCI Latin America.